The Workers Party will be standing five candidates in May’s Assembly Elections.

Conor Campbell will be standing in West Belfast, Damien Harte in Upper Bann, the Party’s candidates in South Belfast will be Lily Kerr, Hugh Scullion in Mid Ulster and Gemma Weir in North Belfast.

In a joint statement the candidates said,

“This election is not about the European Union – although the major parties here will want to turn it into a pre- referendum debate to divert attention away from their collective record over the past five years.

This election is about the failure and the refusal of the Executive Parties, in particular, to bring forward and implement the political, social and economic legislation to allow progress, stability and an improved quality of life for all.

This election is an opportunity to pass judgement on the record of those parties which have been running the Assembly and the Executive for the past five years.It is an opportunity to confront and condemn their joint programme of reductions in public services, continued austerity measures and cuts to social welfare under the guise of welfare reform.

On May 5th The Workers Party will be offering the electorate an alternative to austerity, cuts, social backwardness and inequality. 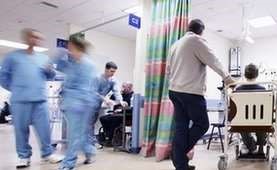 Workers Party Assembly candidate Damien Harte has condemned those guilty of abusing NHS and emergency services staff and has called for a community response to these type of incidents.

Recently released figures show that almost 25,000 front line public sector workers were either verbally or physically assaulted over the past three years.

” The majority of these attacks take place on health and social care staff in our hospitals. local clinics and in the community. Around  8,000  workers are subject to these attacks each year , Damien said

Speaking in the Upper Bann constituency Damien said, ‘ Front-line health staff and emergency workers go to work every day to help people and serve the community. They should never be subjected to abuse or attack and we all have a civic responsibility to support them in their work and to support  a culture of  zero tolerance  on attacks”

Northern Ireland’s firefighters have been  attacked 357 times in the past three years while ambulance staff were subjected to 947 attacks in the same period.

Proud to take a stand in North Belfast

Gemma Weir is to stand as the Workers Party’s  North Belfast candidate in May’s Assembly Elections.

She was confirmed as the party’s choice at an election rally held on Sunday.

Gemma, who polled almost one thousand votes in  last year’s Westminster elections, used the rally to set out her manifesto saying that this election was an opportunity to pass judgement on the parties which had run the last Assembly.

“I want to live in a society which is anti- sectarian. I want an education system that is secular and publicly funded. I want women to be trusted to make their own decisions and I want racism and homophobia to be challenged and confronted at every turn” Gemma said

No excuse, no justification

‘There can be no excuses for the type of public disorder witnessed in the Holylands area of south Belfast in the early hours of this morning”, says Lily Kerr the local Workers Party representative.

‘This is drunken disorder, vandalism and anti-social behaviour. There can be no excuses and no justification”, Lily said

‘If students have been involved then there is an onus on their university to hold them to account.  For many of those involved their stay in the Holylands will be temporary, but for the long term residents of the area this represents yet another night of disruption, damage and fear’

‘Everyone with influence must work to ensure these scenes are not repeated but the primary responsibility rests with those young people whose behaviour has caused these problems’, Lily concluded 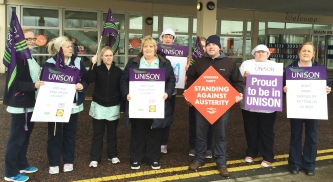 They are protesting against plans to change their pay from weekly to monthly  and alter their shift patterns.

‘The  workers most effected are  low paid women workers with the  cleaners, home care workers and catering staff  among the worst effected – all of them vital members of the front line team’, Damien said

The Southern Health & Social Services  Trust is attempting to squeeze further financial savings out of the most vulnerable of its workers. For those involved and for the services they provide it is vitally important that their terms and conditions are protected.

There is no justification… there never was

The Workers Party has condemned the recent bomb attack and attempted murder of a prison officer in East Belfast.

While the attack has been claimed by the ‘new IRA’  there is nothing new in this type of vicious terrorist attack against working people. This is also an attack on the people of East Belfast and on  the Northern Ireland community  as a whole.

We offer our support to the injured prison officer, his family and the entire community and stand firmly opposed to those who plan and perpetrate these vicious assaults.