Transport cuts will have devastating impact on the most vulnerable

The Workers Party representative  in  Upper Bann, Damien Harte,  has described the  scale and scope of cuts to local community transport services as “…an abominable crime against the most vulnerable in society”

The cuts will impact on the most vulnerable and will greatly increase the potential for further social exclusion and isolation throughout the Craigavon & Banbridge area.

‘In real terms, the 28% cut to the budget available for rural and urban services equates to around 650 journeys per month. The shocking impact of these cuts is that we are now witnessing vulnerable people including older people and people with disabilities losing their only independent access to specialised transport and access to essential services’ , Damien said.

‘The  Workers Party has been quite clear about its opposition to austerity. We offer solidarity to those affected and their families and will be lobbying to reverse this cold, cruel and disproportionate attack on the most vulnerable  members of our community”, added Damien 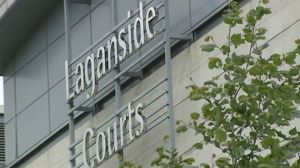 Pleased that equality laws have been upheld

The Workers Party has welcomed today’s court decision in the Ashers Bakery case.

This is a clear message that religious belief does not provide a defence to a claim for discrimination.

As a Party committed to a secular society we are pleased that equality laws have been upheld and that the decision of the Equality Commission to pursue this case, in the face of a concerted campaign against it, has been justified and vindicated

The letter written by Party General Secretary John Lowry criticising an article in the Belfast Telegraph as ‘demeaning and offensive to women’ has clearly hit a nerve with the paper’s editor, Gail Walker.

The article entitled ‘So which Northern Ireland candidates are topping the poles?’ prioritised four female candidates, among them the Party’s north Belfast candidate Gemma Weir, and commented on their looks, their clothes and their make up.

In her response Ms Walker chooses to ignore the original criticisms and instead launches a vitriolic attack on Workers Party economic policy!

Reply from Gail Walker, Editor of the Belfast Telegraph

This election was about standing up to austerity. The Workers Party took that stand and brought that message to the voters.

With the return of a Tory government we will feel the full brunt of further cuts to public services, redundancies and a withdrawal of funding for the community, leisure and arts sectors. Our health service will suffer and opportunities in training and education will be lost.

Of course it is disappointing to see parties who have signed up to an austerity agenda secure large numbers of votes and win seats. In the months and years ahead Northern Ireland will pay dearly for last night’s results. Those who have been elected have an opportunity to oppose further cuts, reductions in benefits and tax breaks for the rich – but the reality is that they won’t. They are already implementing that agenda at Stormont and if unchallenged will continue to do so.

The quality of people lives, their opportunities and their futures are too important to be ignored or left to the mercy of the Sinn Fein / DUP Coalition at Stormont or the Tories in Westminster.

We thank everyone who voted Workers Party and who helped out with our campaign in any way. We will continue to present a class analysis and the socialist alternative and campaign on behalf of the people of Northern Ireland.

Standing Up To Austerity

Voters know ‘the main parties are to blame’

‘Voters in this election know that cuts to public spending are the direct result of the decision by the five main parties and the business community to seek a reduction in Corporation Tax’ – the Workers Party has claimed in its polling day statement.

‘The Stormont Executive Parties cannot pass everything off as the responsibility of the Tories at Westminster’ the Workers Party said.

‘Since the Stormont budget was passed in January on a daily basis we have had daily announcements about how the cuts are affecting local education, health, community and voluntary services and of course the loss of 20,000 public sector jobs as a direct result of the Stormont decision to ‘rebalance’ the local economy’ the statement added.

The party has urged voters to reflect on that before they cast their vote on Thursday. ‘Instead of borrowing £700m to fund job losses the monies should be used to fund a programme of building badly needed new homes, creating jobs in the construction industry and boosting the local economy’ the Party said.

He passed away in hospital earlier this evening.

Only austerity, sectarianism and division on offer from Sinn Fein

Gerry Kelly and Sinn Fein have been accused by Workers Party candidate Gemma Weir of ‘obscene and calculated sectarianism’ after they appealed to north Belfast voters on the basis of their religious background.

‘Gerry Kelly has no political programme for the people of north Belfast”, Ms Weir said.

‘His election strategy has been an obscene and calculated sectarian headcount. He is quite happy to give tax breaks to big businesses and cut jobs and public services to pay for it. He then compounds his austerity agenda by seeking votes from one religious denomination’

‘This is the ‘political’ future offered by Kelly and Sinn Fein: austerity,  sectarianism and division. Voters in north Belfast can give their verdict on Thursday‘, Ms Weir concluded

Sinn Fein has distributed a leaflet in North Belfast urging Catholics to “Make the change, make history”  – on the basis that they now outnumber protestants in the constituency.

Workers Party General Secretary John Lowry, has written to the editor of the Belfast Telegraph criticising the article ‘Which Northern Ireland candidates are topping the poles?’ which appeared in the paper last Thursday.

It prioritised four female candidates, among them the Party’s north Belfast candidate Gemma Weir, and commented on their looks, their clothes and their make up.

The letter, which describes the article as ‘demeaning and offensive to women’ calls on the Belfast Telegraph to print a retraction and an apology to all the candidates featured, over a similar two page spread before polling day next Thursday.

Today was an opportunity to physically demonstrate the opposition the Party has been voicing during the current election campaign and a chance to publicly express the anger and frustration with the five Executive Parties which has been all too evident during door to door canvassing.

The most damaging cuts here have been those engineered by the five Executive parties.  Along with the business community, they have campaigned for a reduction in Corporation Tax: something which even the Tories did not propose.

Ordinary people are paying the price

To offset the cost of lowering Corporation Tax for big business, Sinn Fein, the DUP, SDLP, Alliance Party and Ulster Unionists, are taking 20,000 jobs out of the public sector and are significantly reducing public spending on education, public transport, the community and voluntary sector and the arts. They will make up the shortfall by selling off public assets like the Belfast Harbour Estate.

These are not Tory Cuts; they are the price the people of Northern Ireland are paying for lowering Corporation Tax.

Along with the Trade Union movement the Workers Party took that message to the streets of Belfast this afternoon.

The Workers Party organised a protest at the offices of the Belfast Telegraph newspaper on Friday (1st May) in response to the paper’s demeaning and  derogatory treatment of a number of a number of women election candidates.

The protest was chaired by Lily Kerr who accused the paper of discouraging women from political activity, being deliberately demeaning and dismissive of those they had singled out for derision. She also said that articles like the one published by the newspaper undermined and devalued women throughout Northern Ireland.

The Party will be writing to the  editor of the Belfast Telegraph demanding  an explanation for the  tone and content of the article and requesting that a formal apology is published before polling day.