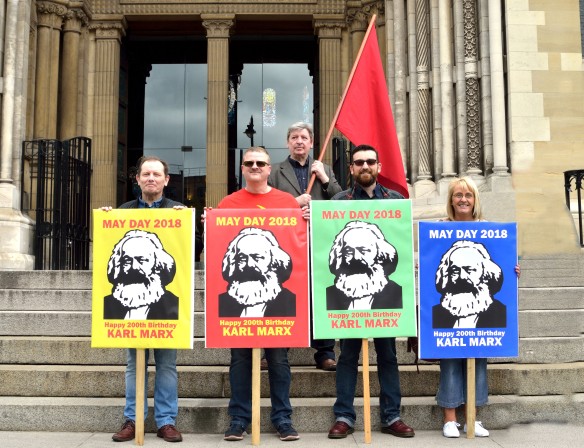 The influence of Karl Marx remains boundless. As a revolutionary thinker he continues to inspire workers across the world, offering hope to the poor, exploited and oppressed with the message of liberation and emancipation.

The Workers Party of Ireland is proud to be part of the celebrations around the world today commemorating the 200th anniversary of his birth.

As his loyal friend Engels stated after the death of Marx: “His name will endure through the ages, and so also will his work.”

Workers of All Countries, Unite!