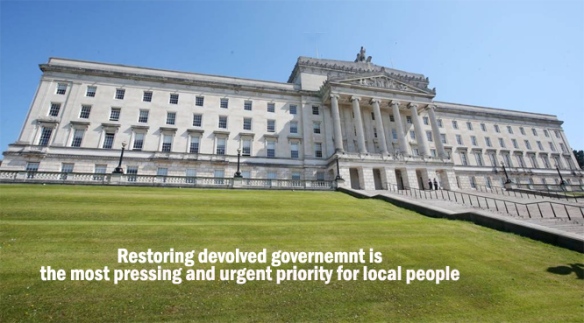 “All five main parties should now get down to the business of restoring devolution in Northern Ireland”, the Workers Party has said.

“That is the most pressing and urgent priority for local people, for health, education, schools, the economy, community groups and the voluntary sector”, the party claimed.

“All the parties claim they want to restore the Executive  yet we are facing another period of stand-off because Sinn Fein keeps adding to its list of reasons why it won’t enter into negotiations”.

“It becomes increasingly obvious that they are more fixated with their personal  battle with the DUP than in living up to their responsibilities. The consequences of that intransigence and grandstanding will be lost jobs, no budgets, increasing poverty and a stalled economy”.

“Talks to restore devolution should recommence as planned and all parties should deliver a speedy and secure return of the Executive”, the Party said.