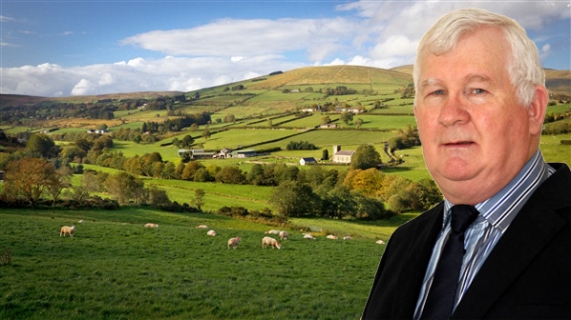 Local Workers Party  representative Hugh Scullion has added his voice to calls for a public inquiry into plans for a gold mining scheme in the Sperrins.

‘The work of the ‘Save Our Sperrins’ group has helped to bring this issue to the fore and their insistence on a public inquiry into plans by mining company Dalraidan Gold is an absolute must and should be undertaken without delay’, Hugh said.

‘It is almost beyond  belief that a mining operation involving the use of cyanide in a location  officially designated as an area of Outstanding Natural Beauty should be allowed to proceed without even a comprehensive environmental impact assessment’, added Hugh

‘At any one time  the company plans to store between five and twenty tonnes of cyanide on site and return the water it uses in the extraction process back into the local watercourse after on site processing’.

‘The relentless pursuit of profit at any price  must be exposed and halted in its tracks. The fact that the DUP, through one of its local Councillors, is supporting the scheme should be sufficient cause for alarm on its own’, Hugh said

‘During November, 10,000 snow geese were killed by toxic waste from a former mine in British Columbia Canada. The Sperrins are home to a host of wildlife including otters, salmon and fresh water mussels’, said Hugh

‘The recent drilling operations at Woodburn Forest outside Carrickfergus took place beside a water reservoir  without a full environmental impact assessment’ Hugh pointed out, ‘and were finally halted by public protest and pressure.It seems that the same pressure and protest will be needed in the face of this scheme’, he said.

‘This mining scheme cannot be allowed to proceed with out a full public inquiry into its processes, the risks and the potential impact on the environment. That announcement should be made immediately and unambiguously by the Infrastructure Minister’, Hugh concluded.