The possibility of householders in Northern Ireland having to pay water charges within the next two years has been highlighted by Party representative Chris Bailie (Oldpark). 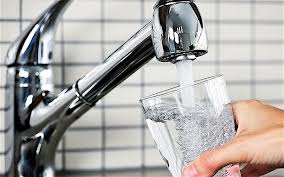 “Domestic water charges have been put on hold, but only for the lifetime of this Assembly and the current Programme for Government both of which are due to come to an end in the summer of 2016”, Chris has pointed out.

“In less than two years time this additional domestic charge could be introduced and the privatisation of our water service would be all but complete”, he warned.

Chris took the opportunity this week to discuss water metering and charging with representatives of Northern Ireland Water at a local community meeting. He has also been in contact recently with the Department for Regional Development on this matter and has submitted a Freedom of Information request in relation to water metering and water charges.

“We cannot rely on the major parties to act in the public interest in this matter. The general consensus is that they will opt to introduce direct charges for domestic water after the next elections. By then of course it will be too late to stop it”, said Chris

“The introduction of metering and charging households for their water supply begs the question ‘What type of society do we want to live in’? The main parties are quite comfortable in turning public utilities into private companies. They have no qualms about a society where the relentless pursuit of profit takes priority and everything is measured by its retail value alone. Nor have they any difficulties acting as the middle man in converting public ownership into private profit”, Chris warned.

“Only a united, focussed and responsible community response can prevent the introduction of domestic water charges. That campaign needs to start today – time is not on our side”, Chris concluded.