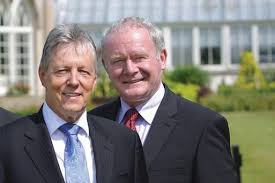 Sinn Fein and the DUP never had any intention of reaching agreement on flags, parades and the past.

Their invitation to Richard Haass has proved to be a public con trick allowing them to go through the motions of negotiation while merely consolidating their respective positions ahead of next year’s elections.

For their part, Richard Haass and Megan O’Sullivan have done little more than propose new ways of managing division – not overcoming it.

Sectarianism and the sectarian nature of Assembly structures are the main reasons why we continue to have localised conflicts over parades, protests and flags.

What we need is a real discussion about the type of society we live in and the kind of values it upholds.

3 thoughts on “Haass Talks: a cynical exercise in sectarian politics”