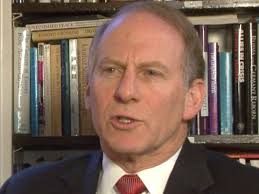 The Workers Party will be making a formal written submission to the current all party talks chaired by US envoy Dr Richard Haas.

The Party has also requested that a delegation meet with Dr Hass to discuss the Party’s position on flags, symbols and emblems and the past.

It is expected that the Party’s submission will concentrate on the consequences of institutionalised sectarianism which now sees Northern Ireland ruled by two tribal camps and which in turn has created a climate of cultural sectarianism demonstrated by the use of flags and symbols to prime and prolong confrontation, violence and tension while side-lining political debate and progress.

The Party will be making specific proposals about the governance of Northern Ireland as well as legal and legislative initiatives which it believes should be implemented to challenge the tribal agendas of the major parties.

The Workers Party submission is also likely to emphasise that as long as the majority of the electorate votes for sectarian and tribal parties that the problems here will continue.